Skip to content
Posted on April 1, 2021 by Grant Mahon 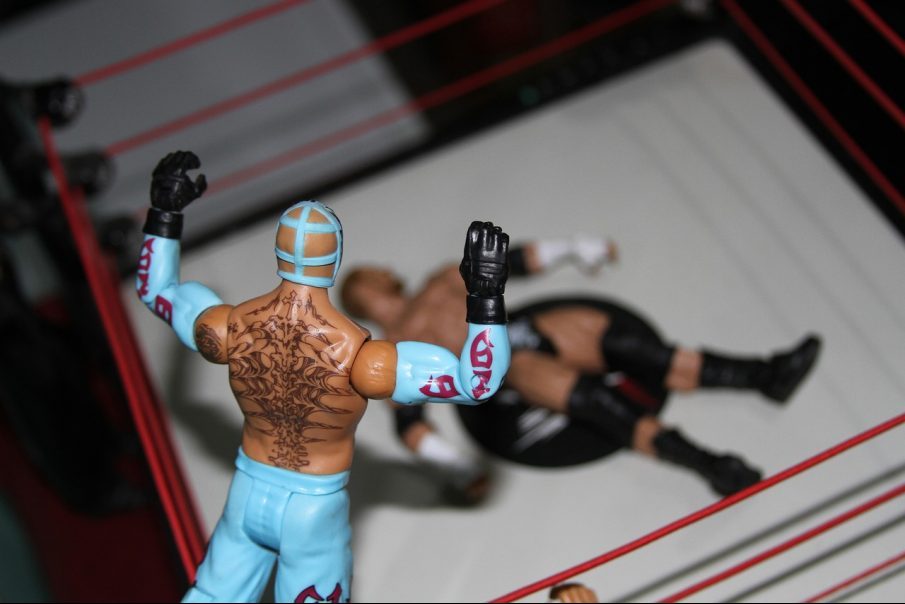 According to the chief business officer of the Boston-based gaming company Ezra Kucharz, the deal is meant to “fuel the engagement and drama of WWE’s signature matchups and storylines, as audiences enjoy the second-screen experiences our products provide.”

DraftKings Sportsbook will not be able to offer WrestleMania betting to its users, considering that these sorts of bets are not allowed in the United States. Instead, the platform will direct wrestling fans to its free-to-play contest.

No Betting on WrestleMania 37 at DraftKings

The US gambling law prohibits betting on events whose outcome is known before the start. This way, the law keeps the integrity of competitions, while also ensuring fair play.

Considering that professional wrestling is scripted, betting on WWE events such as WrestleMania 37 would be illegal. However, it seems that betting is not the reason why Draft Kings has decided to team up with WWE.

Instead, the company’s goal is to get on the radar of as many Americans as possible. Knowing that WrestleMania’s viewing figures are super-high, it appears that the partnership deal is going to bring DraftKings exactly what they wanted.

Since making its debut in 1985, WrestleMania has been one of the most successful pay-per-view (PPV) events in the United States. Some of the milestones it’s achieved over the years include:

On top of everything, Morgan Stanley analyst Thomas Allen said that it’s estimated that WEE had nearly 40 billion digital video views in 2020, making it one of the most powerful media companies in the world.

DraftKings Has Made a Similar Deal With the UFC

DraftKing’s marketing strategy of making itself visible to a wide sports-loving audience is a plan that’s already in motion. The partnership deal with WWE is not the first deal they’ve inked. In 2019, DraftKings became a partner of the NFL, while also sponsoring several teams from the top US leagues, e.g., the Philadelphia Eagles (NFL), Chicago Cubs (MLB), and Detroit Pistons (NBA).

More recently, the company did something similar with the UFC. The deal in question is meant to last at least five years, with its total value being somewhere in the ballpark of $350 million.

The DraftKings-UFC partnership seems like the best deal for the online gaming company. According to it, DraftKings is the “sportsbook and daily fantasy partner for UFC.”

Considering that MMA is a real sport, in which the outcome of the fight is not known until the fighters actually get into the octagon, nothing is stopping DraftKings Sportsbook from offering UFC betting.

More news for DraftKings Sportsbook comes from New York, where lawmakers are working hard on the legalization of online betting. If everything goes according to plan, DraftKings could go live in the Empire State in about a year.