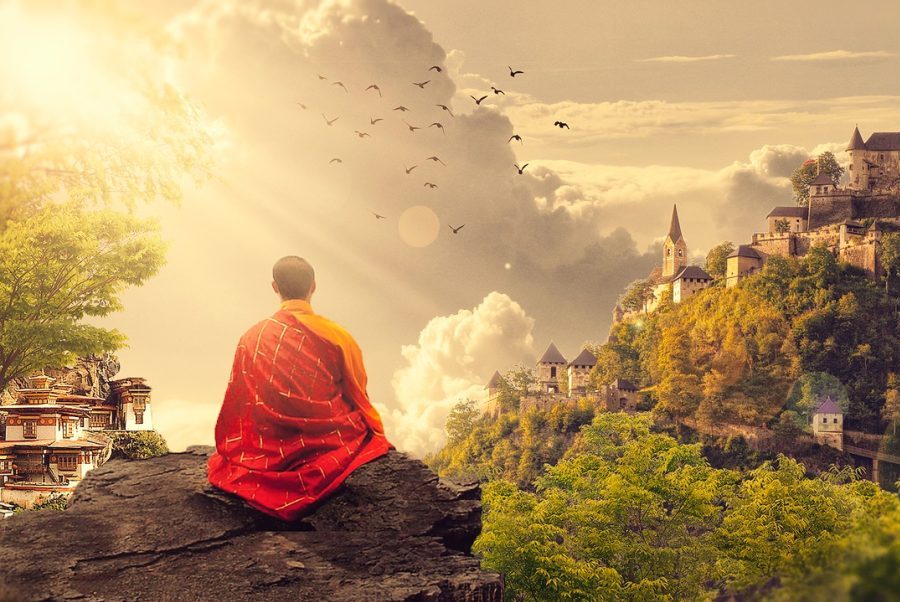 As reported by Yahoo Sports a few days ago, a 47-year-old Buddhist monk from Thailand hit a big lottery win of about 18 million Thai baht or around $540,000.

A member of the Wat Phra That Phanom temple, the monk explained that he’s usually against gambling, telling the press that his reason to buy the lottery ticket was to help his local vendor who was struggling with sales. Reportedly, the monk bought three lottery tickets, one of which had the winning numbers on it.

Jackpot-Hitting Monk Giving Away His Winnings

In an interview he gave to the local press, the lottery-winning monk said he believed the money belongs to the angels. He believed it was a divine intervention that led him to the jackpot as an award for taking good care of the temple for more than ten years.

The monk decided to give the money away, diving the winning between the temple, local schools, and charitable organizations. He also started giving 500 baht or about $15 to over 1,000 people from his town. The monk quickly had to adjust his plans, setting the sum to 200 baht after a few more thousand people from other parts of Thailand showed up at his door.

He was eventually forced to put an end to the giveaway after the local authorities warned him that such a massive gathering could lead to the spread of COVID-19.

Lottery Winners Who Gave It All Away

This wasn’t the first time a Buddhist monk hit a big prize in the Thai Lottery. Just a few months earlier, another did the same. This monk won around $588,000 after winning three lottery tickets.

He too decided to give some of the money to charity but was forced to go into hiding after several thousand people came to him to ask for donations.

Outside Thailand, we’ve seen many other examples of people giving away their lottery winnings. For instance, over in Canada, a former Miss Quebec started her own humanitarian organization in 2018 after winning CA$1,000 a week on the Canadian Lottery.

Five years earlier, another Canadian gave even more to charity. The story goes that Tom Crist, a successful businessman from Calgary won CA$40 million, all of which he decided to give away to cancer charities. Crist explained that during his life, he’s earned enough money for his kids to live fine lives. With his wife dying of cancer a few months before he hit the jackpot, he decided it was best to invest money in fighting the disease.

In the United Kingdom, a former nurse Barbara Wragg and her husband Ray gave $7.1 million to various local charities in their hometown of Sheffield after hitting $9.9 million on the UK lottery. A big chunk of that money went to the hospital where Mrs. Wragg had spent most of her working days.