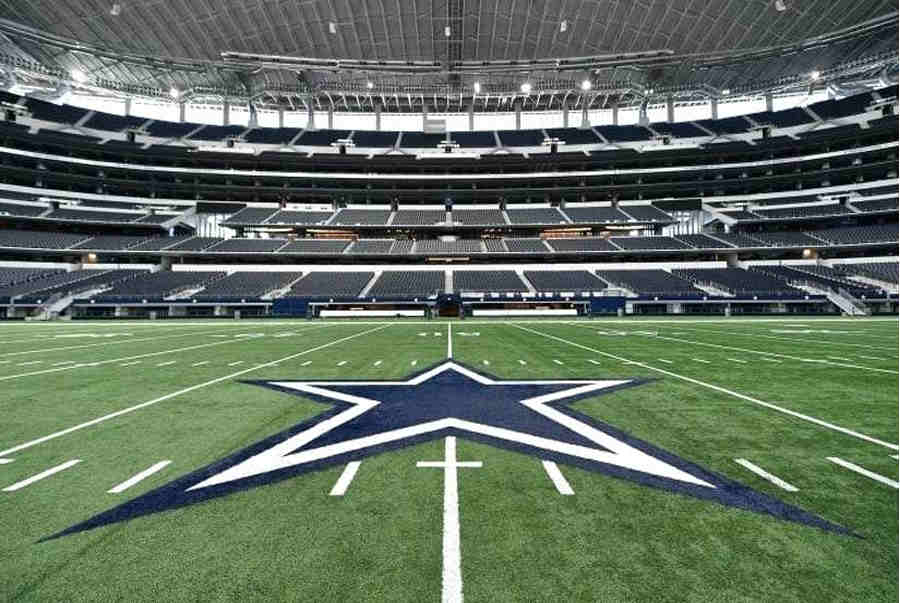 The NFL is quickly coming around to the idea of embracing the legalisation of sports betting in America. Today, the Dallas Cowboys have become the first franchise to sign a deal with a casino after announcing its partnership with WinStar World Resort.

The news comes shortly after the NFL has announced its new regulations for sports sponsorships and advertisements.  After spending decades with an anti-gambling stance, the NFL has decided that it would allow for the promotion of casinos and sports books. Now, the Dallas Cowboys have quickly taken advantage of this decision and struck a landmark deal with one of the biggest casinos in Oklahoma.

“The Dallas Cowboys take great pride in aligning themselves with the best brands in the world,” Jones said at a press conference. “It is a privilege to stand shoulder to shoulder as partners with such a prominent entertainment brand like WinStar World Casino.”

While few details have been announced about the partnership, it is likely that the deal will include a sponsorship. This means that the jerseys of the Dallas Cowboys will be redesigned to feature to logo of WinStar Casino, in addition to the venue’s branding at the team’s stadium.

There is definitely plenty of money to be made by partnering with an online gaming brand. In the European football markets, teams have made millions by agreeing to sponsorship deals with companies like Betclic and Betfair, and there is plenty for NFL teams to see the same impressive benefits.

While sports betting is still not legal in Oklahoma, the marketing continues to expand very quickly. More and more states are legalizing sports betting, and there’s no telling when Oklahoma will do the same.

A Change of Heart for the NFL

It hasn’t been very long since the NFL announced its plans to change advertising rules. On Monday, the league stated that teams across the NFL would be able to partner with casinos for sponsorship opportunities and that advertisements for gambling establishments would be permitted.

It seems as though the NFL is following in the footsteps of the NBA. The basketball league quickly embraced the legalization of sports betting in America by making MGM its official gambling partner.

It will be interesting to see if any other leagues come forward to show their interest in the sports betting market. The NHL and MLB have yet to comment on the recent developments but we imagine that it won’t be long before other major leagues begin preparing for the sports betting boom that is bound to take place across America.