Skip to content
Posted on February 21, 2019 by Aran Malik 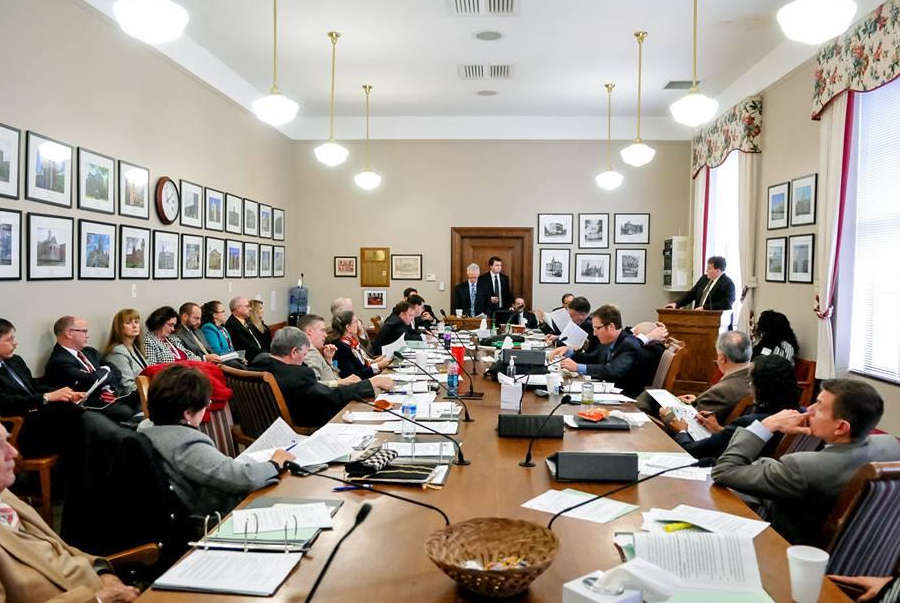 The West Virginia House Judiciary Committee has decided not to put a stop to an advancing sports betting bill. As per the new agreement, businesses that want to start running activities in the state will have to pay a slightly steeper tax rate, too.

H 2934 Gets the Go-Ahead in West Virginia

House Bill 2934 is the most advanced hope for sports betting in West Virginia. The bill outlines the tax rate and binding licensing conditions and now the WV House Judiciary Committee has agreed to push the legislation forward.

Originally set at 10%, the new proposed tax law will see operators pay 15% as a result of the renegotiation in the Committee.

However, the Committee didn’t alter any of the other pillars of the bill, including the proposed license fee nor their period.

Licenses will still cost $250,000 (far less than Pennsylvania where they can reach $10 million) and a renewal fee would need to be paid every five years to the amount of $100,000.

A Controlled Expansion of Sports Betting in WV

So far, WV doesn’t plan on pushing with multiple properties state-wide. Legislators want to establish a vibrant industry and make sure that tax revenue is gathered. With this in mind, only four brands would be allowed to operate in the state, including:

The bill will indeed focus on land-based operations and try to concentrate power in the hands of the aforementioned, but this doesn’t preclude the existence of other operations.

For example, there will be special licenses for companies that want to pursue online gaming independent of the land-based properties. This will come with a fair priced license and renewal fee at $100,000 each.

The renewal fee will have to be paid every year as opposed to what land-based properties are paying. An interesting addition to the bill is that everyone who wants to be employed in the sector will need to acquire an occupational license priced at $100.

In the United Kingdom, for example, regulators are not hesitating to go after individual people as well as company licenses if they suspect that customers have been mislead on purpose.

The introduction of a license would give business accountability and thus bolster player security. H 2934 is not the only bill presently trying to alter the spots betting climate in the state for the better.

H 2178 was another initiative put forth by Rep. Shawn Fluharty and Joe Canestraro in January. In its outline, the bill tries to change the 1931 Code of West Virginia to allow online gaming and casinos in the state.