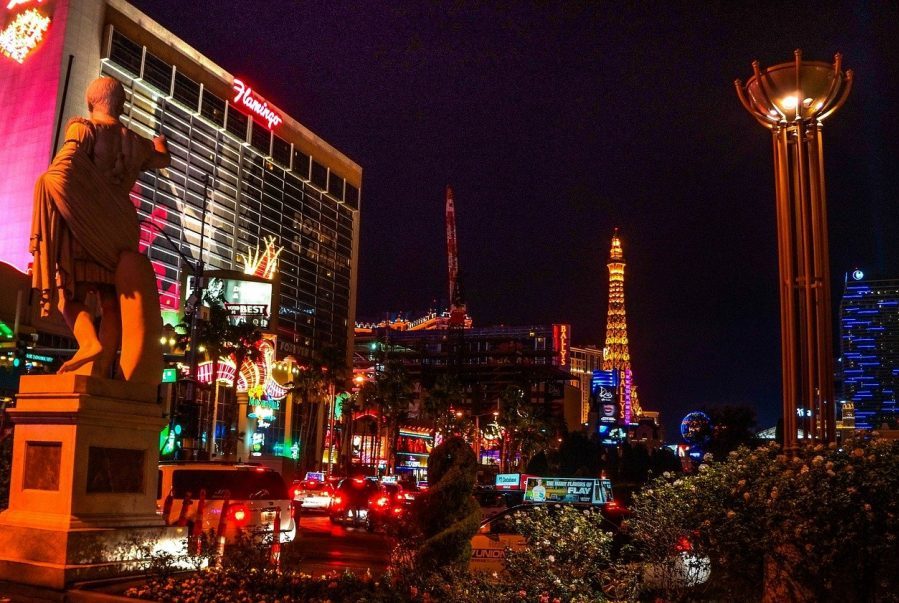 Since the COVID-19 pandemic took out “sin” from Sin City, Las Vegas has been suffering heavy financial losses. However, good days area head and everyone in Nevada is preparing for 100% reopening sometime this month.

In the pre-pandemic era, Las Vegas was having 40+ million visitors per year (in 2019, 42 million visited Sin City). However, in 2020 only 19 million people visited Vegas. The same year, the city saw its unemployment rate skyrocketing from 3.9 to 34 percent.

About a year ago, all the venues in Las Vegas were shut. Since then, the city’s started reopening, although very slowly.

It all started with a 25% capacity. Then, in February, the Government of Nevada increased the percentage to 35. Finally, in March, the capacity was lifted to 50%. At the start of May, everyone’s hopeful that the next stop if 100%.

People have started returning to Las Vegas. Over the last couple of weeks, the city has witnessed a significant increase in arrivals from other parts of the US. Not only is this good news for the city but it’s also something that’s encouraged by the city officials.

A few days ago, the Las Vegas Convention and Visitors Authority (LVCVA) released a TV advert inviting tourists to return.

With the officials sending signs that Las Vegas is starting to open up, things are expected to come back to normal over the next couple of months. Judging by what we saw recently, such a scenario does not seem unlikely.

In March over 2.2 million people visited Las Vegas, which is a significant increase compared to only 1.5 million tourists in February.

New Resorts Open in Time for the Summer Season

Saying that things are about to get back to normal in Las Vegas might not be completely true – things are going to get even better than before the pandemic!

There is a wind of optimism coming from Sin City as several new casino resorts are getting ready to shine.

One of the biggest additions to Las Vegas is Circa Resort & Casino, an adults-only establishment that is the biggest of its kind in downtown Vegas.

What used to be Hard Rock Hotel is now Virgin Hotels Las Vegas, after more than $200 million were invested in the project.

The venue will feature a 60,000-square-foot gaming floor operated by Mohegan Gaming & Entertainment. What this means is that for the first time in history, Las Vegas has a tribal casino.

The most ambitious of Las Vegas’ 2021 projects is Resorts World Las Vegas, whose development cost more than $4.3 billion. It’s still not open, but that’s supposed to happen in summer.

Last year, we saw Las Vegas casinos laying off their employees at a higher rate. For instance, MGM Resorts furloughed about 40% of their 2019 workforce, reducing the number of employees from 70,000 to 42,000.

However, with Las Vegas being ready to reopen 100%, MGM is on a hiring spree. It’s expected that in the following weeks, the casino company will return back to its 2019 levels.

The same goes for all the other companies operating casino resorts in Las Vegas. Further, with new casinos opening ahead of the summer season, the city is expected to get tens of thousands of new job posts.