Skip to content
Posted on October 20, 2020 by Grant Mahon 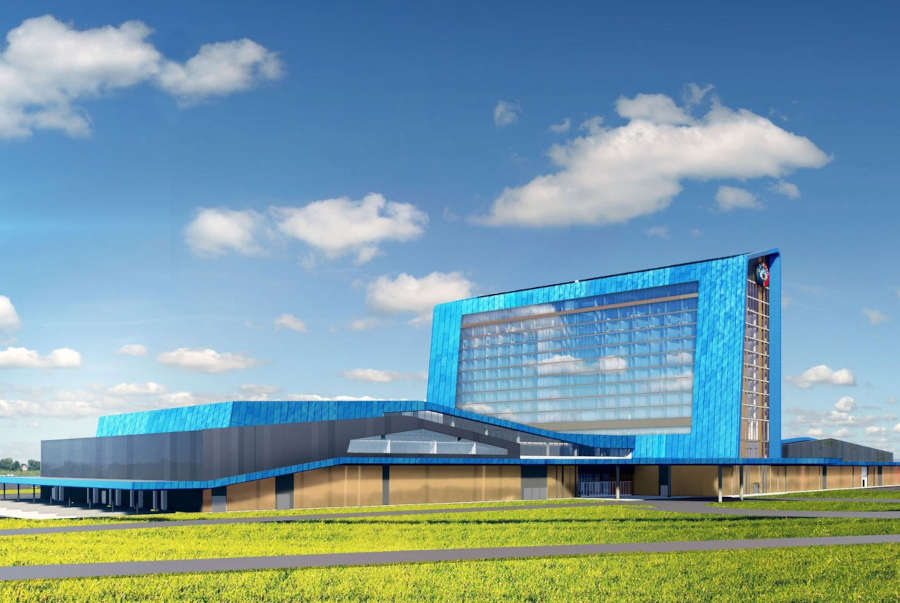 The Saracen Casino Resort in Pine Bluff, Arkansas made an unofficial opening on Thursday, October 15 and is tipped to open to the general public tomorrow Tuesday, October 20.

Saracen Casino Resort in Pine Bluff, Arkansas, made an unofficial opening Thursday night, welcoming special guests and residents from the state. The casino resort which has been developed by the Quapaw Nation since August 2019, announced its grand opening will be October 20.

The casino resort built in a region which was once home to the Quapaw Nation has already hired over 700 people and is further looking for around 100 more, as the tribe wants to contribute to the thriving of Pine Bluff and Jefferson County by its homecoming, feeling proud of the economic development it would bring to the region.

Divvying up the Tax Revenue

According to a constitutional amendment voted by residents in Arkansas, Pine Bluff will receive 19.5% of the gaming revenue from the casino resort, while Jefferson County will get 8% of it. Pine Bluff Mayor Shirley Washington noted that further infrastructure projects will be funded by the increase in receipts due to the addition of the casino.

“I think this money is going to help us give those increases to our first responders that we’ve been looking to for so many years so we can have that level of retention that we need.” Pine Bluff Mayor Shirley Washington

Shirley Washington further outlined that the city could not attract a lot of industries and should make the most of this opportunity by making Pine Bluff a destination city. Furthermore, the Mayor expressed hopes that due to the new jobs created and the opportunities for people to afford nicer homes crime levels would be driven down.

The casino will open following strict guidelines for health and safety, and wearing of masks will be mandatory, as well as temperature checks at the entry. Slot machines are divided by plexiglass barriers and table games are limited to 3 to 4 seats.

Developer of live games, Evolution Gaming, has introduced yet another innovative game to its portfolio, with Speed Blackjack slashing waiting time for players by 30-40%.

On Thursday, Evolution Gaming introduced its latest blackjack live dealer version, Speed Blackjack, adding to a what is already an extensive list of accomplished titles in the segment. Once again, Evolution has found a way to introduce an innovative feature to their game and help it stand away.

While the core principles of the game remain fairly the same, in Speed Blackjack, all players get the option to Hit, Double Down or Split at the same time. The player to act the quickest will be the first to get the next card.

This dealing process will repeat itself until all players are happy with their draw and reveal their hands. Commenting on the news, Evolution Chief Product Officer, Todd Haushalter, has lauded his company’s efforts in the segment.

Mr. Haushalter explained that the game introduces a key difference to any casino product out there. In an official statement, he rhetorically asked ‘why should players have to wait?’ suggesting that Evolution Gaming has discovered a much more efficient way to proceed to playing.

He acknowledged that the game didn’t seek to introduce a new skill-based element, but rather slash the overall waiting time. Evolution ahs been trying to innovate the live dealer segment at a time when many other companies have been happily joining in.

In a similar vein, Evolution released First Person Lightning Roulette and First Person Dream Catcher in 2019, expanding on an already fantastic portfolio of options. Evolution’s emphasis on random number generator (RNG) game that transcend the traditional live gaming segment has won it a reputation for the most innovative company in the segment.

Optimizing the Game and Serving the Player

The ‘Speed’ segment isn’t entirely new either with Evolution already having debuted a number of games that are built on the premise of minimizing waiting time. The key difference to the new game is that the age-old rule where decisions are made from left-to-right is now gone and everyone gets to act on their own time.

Apart from working on new titles, Evolution has also been working on expanding into new markets. A recent license by the Pennsylvania Gaming Control Board (PGCB) has allowed the company to launch live games with Parx Casinos’ iGaming sites in Pennsylvania.

Similarly, the company teamed up with Penn National Gaming to host live games. Evolution is in the process of setting up a studio in Pennsylvania, boosting its footprint across North America.