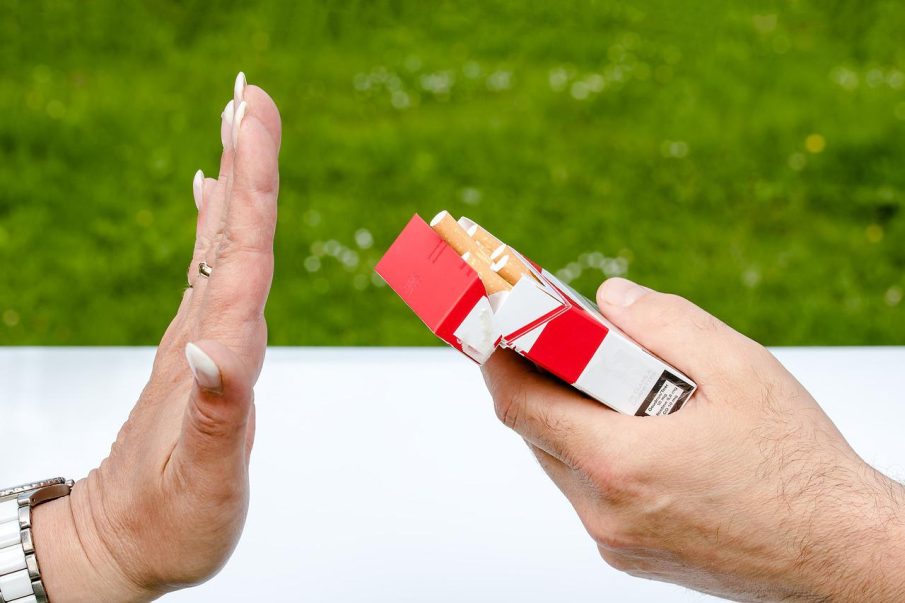 As per a recent poll, most residents of New Jersey are now in favor of a total ban on smoking inside casinos. In turn, this means that people from the Garden State would like to see all nine Atlantic City casinos stop allowing smoking on their premises.

The poll in question was conducted by Stockton University’s Polling Institute between April 4 and April 13 by telephone. According to researchers, the poll had a +/-3.8% margin of error.

No Smoking in Atlantic City Casinos?

In 2006, the state of New Jersey passed the Smoke-Free Air Act, which made indoor smoking illegal. However, the act did leave out the eleven casinos located in Atlantic City, enabling the casino owners to decide for themselves whether to keep a quarter of the indoor gaming space as a smoking-friendly zone.

In 2022, all of the Atlantic City casinos allow the patrons to smoke in up to 25% of the gaming space. However, that might come to an end soon as the public opinion has shifted in the favor of a smoking ban over the last couple of years.

According to the Stockton University’s poll, almost one-third of respondents (62% to be precise) are now in favor of seeing a total smoking ban imposed on Atlantic City casinos. Another 31% believe that the current laws are more than suitable, while the rest of respondents have no opinion on the matter.

According to a study by the Casino Association of New Jersey, a total smoking ban would lead to a 25% drop in casino revenue. The reason is that casinos are seen as safe havens for smokers. They’re the only public places in the state where people can smoke indoors without facing fines.

Casinos would love to keep the current smoking laws in place, suggesting that there might be an out-of-the-box solution to the problem. Rather than banning smoking completely, casinos could start using advanced ventilation systems to deal with the issue.

However, health experts seem to disagree. They believe that it’s impossible to completely get rid of the risks that come along with indoor smoking. According to them, not only are casino patrons in danger of developing serious health issues, but casino employees as well.