When it comes to sportsbetting expansion across America, things are moving quickly along. We’re seeing more and more states considering the option of legalizing sportsbetting, with Illinois and DC holding hearings on the topic – while a casino in New Mexico has just gone ahead and started taking wagers.

Gambling Hearings in Illinois and DC

At the House of Representatives in Illinois, lawmakers held a hearing on a potential gambling expansion which would include sportsbetting, online casino games and daily fantasy sports. Local casino operator expressed their support of expanding the gambling market within the state while representatives from sports leagues suggested that they should receive a portion of all wagers.

Some stakeholders expressed concerns that they would lose out on revenue due to increased competition. However, states like New Jersey and Delaware that have introduced online gambling have only seen revenue increase across the board, particularly in land-based gaming venues. This has resulted in more money being in paid in taxes and more jobs being created – both of which are huge benefits to the economy.

In the end, it seemed as though nothing will be done anytime soon. Even though the state Senate approved a bill in 2017, lawmakers haven’t done very much to move things forward. Now, even after this hearing, the fate of online gambling in Illinois is still unknown.

In DC, lawmakers came together to discuss amending the state’s gambling laws to include sportsbetting as a legalized activity. Things were certainly more positive here, as the Council has agreed to ensure that the law is approved before the end of the year. The only issue is deciding whether sportsbetting activities will be run by the DC Lottery or several different licensees.

While some states are still humming and hawing over whether or not they should allow sportsbetting among their residents, New Mexico has simply powered on ahead. The Pueblo of Santa Ana tribe has started accepting wagers at the Santa Ana Star Casino & Hotel.

The venue has not mentioned any plans of launching online betting operations or allowing off-site wagers. Currently, punters can place their bets using four windows and two automated kiosks at the Santa Ana Star. There is one specific restriction, and that is the prohibition of betting on college teams.

This is an interesting one, as the move has been made without official state approval. Instead, the tribe has insisted that sportsbetting is included in the tribal-state gaming compact as a Class III gaming activity. So, any venues that want to launch sports betting in New Mexico will likely have to be tribal casinos and take a similar route. Other gaming companies will have to wait until the state’s lawmakers approve betting across New Mexico. 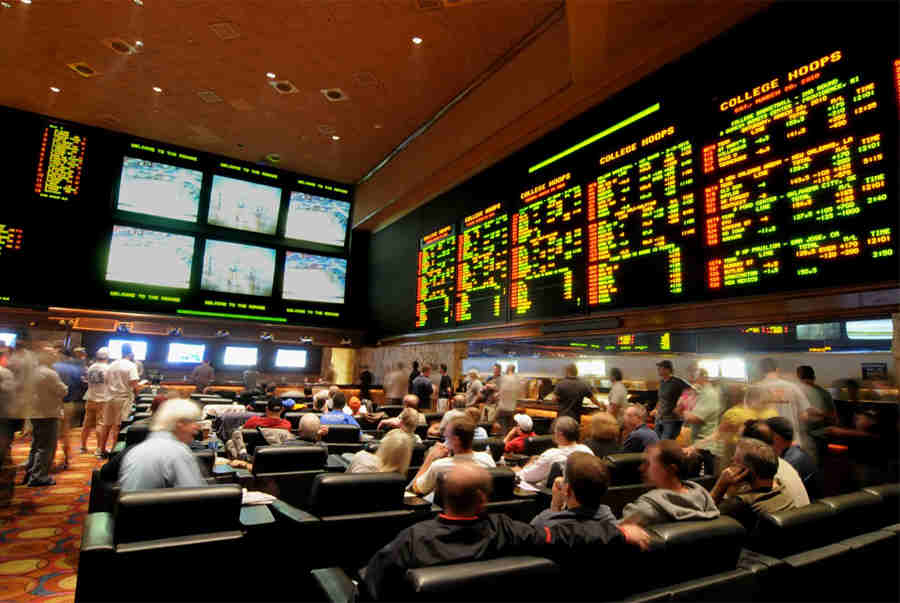 The first two sports betting licenses have been handed out in Pennsylvania. Parx Casino in Bensalem and the Hollywood Casino in Dauphin County are now permitted to offer local punters the ability to wager on sports.

Both casinos have big plans for the introduction of sports betting in the state. Parx Casino is currently preparing to transform its 360 Lounge into a temporary sportsbook which will feature a dozen self-service kiosks and seven sports betting windows. It will also have two 9-foot tall televisions displaying odds, along with a 75-inch TV showing games.

The casino operator will also be renovating the South Philadelphia Turf Club into a sports book. It will cost $1 million to complete, and the venue will feature 150 HD televisions that will allow visitors to “watch pretty much any game that’s on in the country,” according to John Dixon, the Chief Technology Officer at Greenwood Gaming and Entertainment.

The Hollywood Casino’s sportsbook will be located in the venue’s existing horseracing simulcast theatre. It will have 60 televisions, and players will be able to watch almost any game.

Both casinos  want to get their sportsbooks up and running shortly. Parx has stated that their sportsbetting offerings should be available by November while Hollywood Casino hopes to start things offer within the “next few months”.

The online market is a completely different beast, so Parx and Hollywood Casino are proceeding with caution. While their land-based sportsbooks should be available in the autumn or winter, it will be a little while longer before players are able to place bets online.

Executives at Parx Casino would like to have online sportsbetting up and running by January 2019. They have stated that it would take them a little while long to feature online gambling, as there are more regulatory approvals that need to be made. All of the vendors that contribute to the online sportsbook have to licensed and tested, which tends to be quite a long process.

One of the main reasons the operators want to get online sports betting live as soon as possible because it allows for in-play betting – a very lucrative market. According to Dixon, it’s “just not fast enough” to run in-game betting using tellers and kiosks. Punters need to be able to access an online betting system using their own devices in order to place wagers on games that are in progress.

So, it is hoped that the whole shebang – both online and land-based betting – will be available to Pennsylvania players by the start of 2019. It will be a hugely exciting development in the American online gambling market, and we can’t wait to see just how popular sports betting becomes in Pennsylvania and other regulated states.